Aviation connectivity is of critical importance for executives who increasingly require their aircraft cabin to be the new C-suite office. What does inflight connectivity mean? For most professionals in flight operations, the first thing that comes to mind is inflight Wi-Fi.

Developed out of a need for aircraft flight planning, FlightDeck Freedom® has evolved into so much more in parallel with advances in technology. FDF is an aviation datalink that puts important information in the hands of both flight and ground crews as a full communications solution for the entire aircraft.

As VP of Flight Deck Services Nick Cook explains, “FDF turns raw data into actionable intelligence and solutions for both the flight crew and their support staff on the ground. We’ve introduced significant automation to the platform so that critical details about weather and other conditions are pushed to the flight crew. This prevents them from having to constantly monitor systems or worry they will miss vital updates. With FDF, they can better concentrate on flying the plane and improving situational awareness.”

To this end, FDF monitors every flight vigilantly to ensure smooth and efficient operation of the airframe. Cook explains, “From the time the flight crew uplinks the flight plan, we monitor for hazardous weather events, security alerts, and anything else that might impact their flight path. This streamlines the workflow of the flight crew while simultaneously keeping them informed of significant developments about the flight.”

As one customer recently experienced, FDF can also identify potential hazards that could impact travelers—even after they’ve reached their destination. Recently, an FDF subscriber based in the United States filed a flight plan for a trip to Israel carrying the company’s CEO and CFO, who were attending a ceremony to break ground on a new manufacturing facility outside of Tel Aviv.

Per usual, the FDF team vigilantly monitored the flight, which was calm for much of its time in the air. However, with the craft about six hours away from Tel Aviv, a security risk developed on the ground. Unrest in the city of Lod, located close to the airport, was quickly heating up. The airport was running normally, but the FDF team alerted both the flight crew and the flight ops ground team about the situation. Within an hour, the government of Israel declared a curfew for the entire area. SD informed the customer of the critical update which led to immediate action by the CEO’s team.

Although the curfew would not impact the flight while in the air, it absolutely would affect the passengers and crew after they landed. Armed with the knowledge of the curfew thanks to FDF, the team moved the passengers to a hotel away from the potentially dangerous zone, and rescheduled meetings to both comply with the curfew and keep both American and Israeli employees as safe as possible. More importantly, without FDF, the flight would have landed blind and both passengers and crew could have walked into a dangerous situation through no fault of their own.

Unfortunately, the Israel story is not so anomalous in an ever more unstable world. As Cook explains, “From weather incidents to critical security incidents, the number of events FDF tracks is going up annually. Therefore, the need for situational awareness is higher than ever before, and that is exactly what SD delivers with FDF.”

Although flight monitoring is a vital piece of FDF’s value proposition, it only scratches the surface of the power the service puts in the hands of the flight crew and flight operations professionals. FDF provides both with insight into inflight internet for passengers so they can warn of connectivity challenges before they ever occur. It is also built on an open architecture, allowing the easy integration of multiple flight planning systems and other data streams, such as engine manufacturers’ telemetry feeds.

Ultimately, FlightDeck Freedom® by Satcom Direct empowers flight crews in the air and flight operations pros on the ground to provide passengers with the safe, connected flight they expect. Knowing about problems before they happen isn’t just a flight tool, it’s also a business resource, and in rapidly changing conditions, this knowledge is worth its weight in gold. Contact us today if your organization could benefit from being ahead of the curve when your top people and assets are in the air. 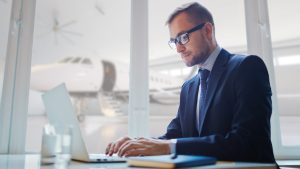 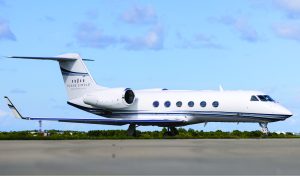